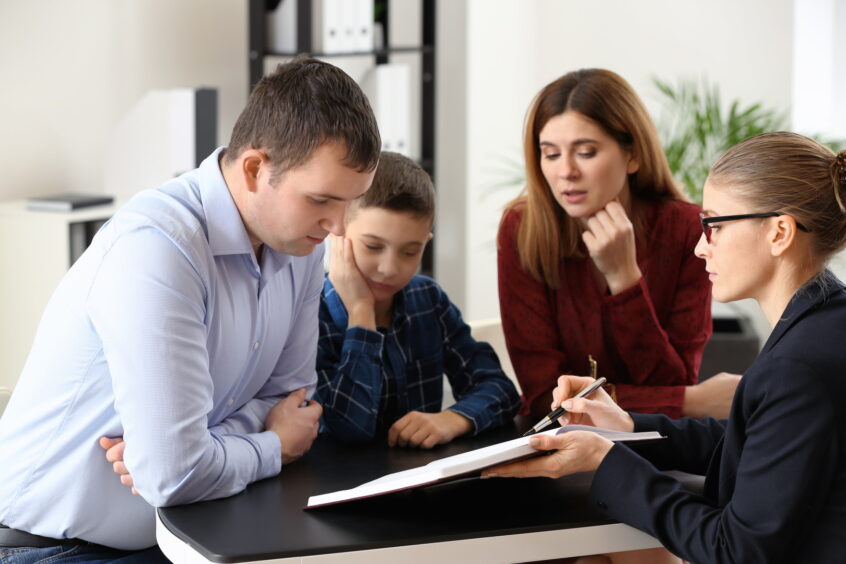 When is court intervention necessary?

Some couples require the Court to make this decision for them, because their relationship is too damaged or toxic for them to come to a mutual agreement.  This can be especially true where there is a history of domestic violence, child abuse, or addiction that may be the cause for the separation and divorce.

If you are, however, trying to reach an agreement and draft your own legal custody provisions into a marital settlement agreement, separate custody agreement, or even a consent order, there are many factors to consider, including whether you believe strongly that you should retain sole legal decision-making authority for your children rather than having to involve the other parent in making such decisions.

What is sole legal custody?

With sole legal custody, one parent has complete authority to make legal decisions for and about their children, including their education, religious upbringing, and healthcare. This is different from sole physical custody, which refers to where a child will reside and whether one parent will have primary physical custody of the child, while the other parent may have limited (and even supervised) visitation.

Having sole physical custody does not grant you exclusive rights to make decisions for your children; this is only granted with sole legal custody. Sole legal and physical custody can be awarded together, but that is not always the case.

Sole legal custody may encourage a more consistent environment and make it easier for the custodial parent to make and execute care decisions without the permission of the other parent. The amount of communication between parents is limited, so there is often less conflict, especially if the non-custodial parent has no interest in being part of the children’s lives or is not fit to participate in such decisions due to past abuse of a spouse, a child, or has other life issues such as addiction or even incarceration.

However, having sole responsibility for the children can be stressful and burdensome. Making every decision might be overwhelming and strain the relationship with an older child if they disagree with those decisions. It also means the custodial parent can’t rely on the non-custodial parent for help with difficult choices.

What is joint (shared) legal custody?

Having joint or shared legal custody means both parents have legal authority when the child is in their care to make decisions for their children. In addition, it means that both parents must actively communicate and share information with each other about the decisions being made and include the other parent in any non-routine medical care matters as well all matters surrounding their education, religious upbringing, and even placing them in counseling. This is commonly referred to as “co-parenting.”

Many couples with an amicable separation and divorce view joint legal custody as being consistent with how they have parented during their marriage and as serving their children’s best interests. Though the marriage has ended, it can be critical to their stability and mental well-being to still see their parents interact and work together as co-parents in making important legal decisions for them. This also prevents the child from feeling isolated or disconnected from one parent.

Parents with joint legal custody don’t have the burden of being the sole person responsible for making important decisions for their child. They have a collaborator with whom they can talk through issues, and they’ll know that someone else is accountable for these choices.

The downside is, it’s unlikely that you and your ex-spouse will agree on every single choice about your children, which may delay important decisions. Sometimes, disagreements can escalate into fights and decisions that ultimately have a negative impact on the children’s well-being.  When an impasse occurs, the only solution may be to seek court intervention in order to obtain a ruling that will supplant both parents from being the final decision-maker. This is most commonly seen in disputes over placing a child in therapy or where to register them for school if a child was not school-age when the parents divorced and the parents live in different school districts, each believing theirs to be the best for the child.

Sole vs. joint legal custody: Which is right for my family?

Every family dynamic is different, so there’s no single “right” answer when it comes to legal custody. The biggest determining factors for your family should be each parent’s ability to act in their children’s best interest and how well you can work together at co-parenting.

For instance, if your spouse has exhibited neglectful, abusive, or manipulative behavior toward you or your children, you will likely want to seek sole legal custody so you can protect your children from such behavior. However, if both parents are responsible, loving, and willing to work together, shared legal custody is often most beneficial to the children so they can continue to have a relationship with each of you.

Knowing what’s right for your children is difficult, especially during a stressful and hectic situation like divorce. At My Legal Case Coach (MLCC), you’ll receive one free hour of 1:1 virtual legal coaching when you purchase our Custody and Visitation case forms packet, which includes model custody agreements, court pleadings for custody, and much more – which you will find very helpful in negotiating the final terms for your own custody matter.

This packet can be used by parents who are going through divorce as well as unmarried couples finding themselves ending that relationship. MLCC also offers a Marital Settlement Agreements for divorcing couples that have multi-model form options for approaches to both legal and physical custody terms.

With the combined free hour of with 1:1 virtual coaching, you will be able to easily prepare documents specific to your custody matter using our well-organized, step-by-step approach.

Need Ongoing Coaching Help for a Court Case? With pre-paid coaching sessions for as little as $100 per hour, My Legal Case Coach offers affordable DIY coaching with an experienced Virginia family law litigation attorney to support you every step of the way during your DIY case to ensure you are able to organize and present your best case to the Court.  Schedule a free 15-minute consultation to speak with an experienced Virginia family law coach today.