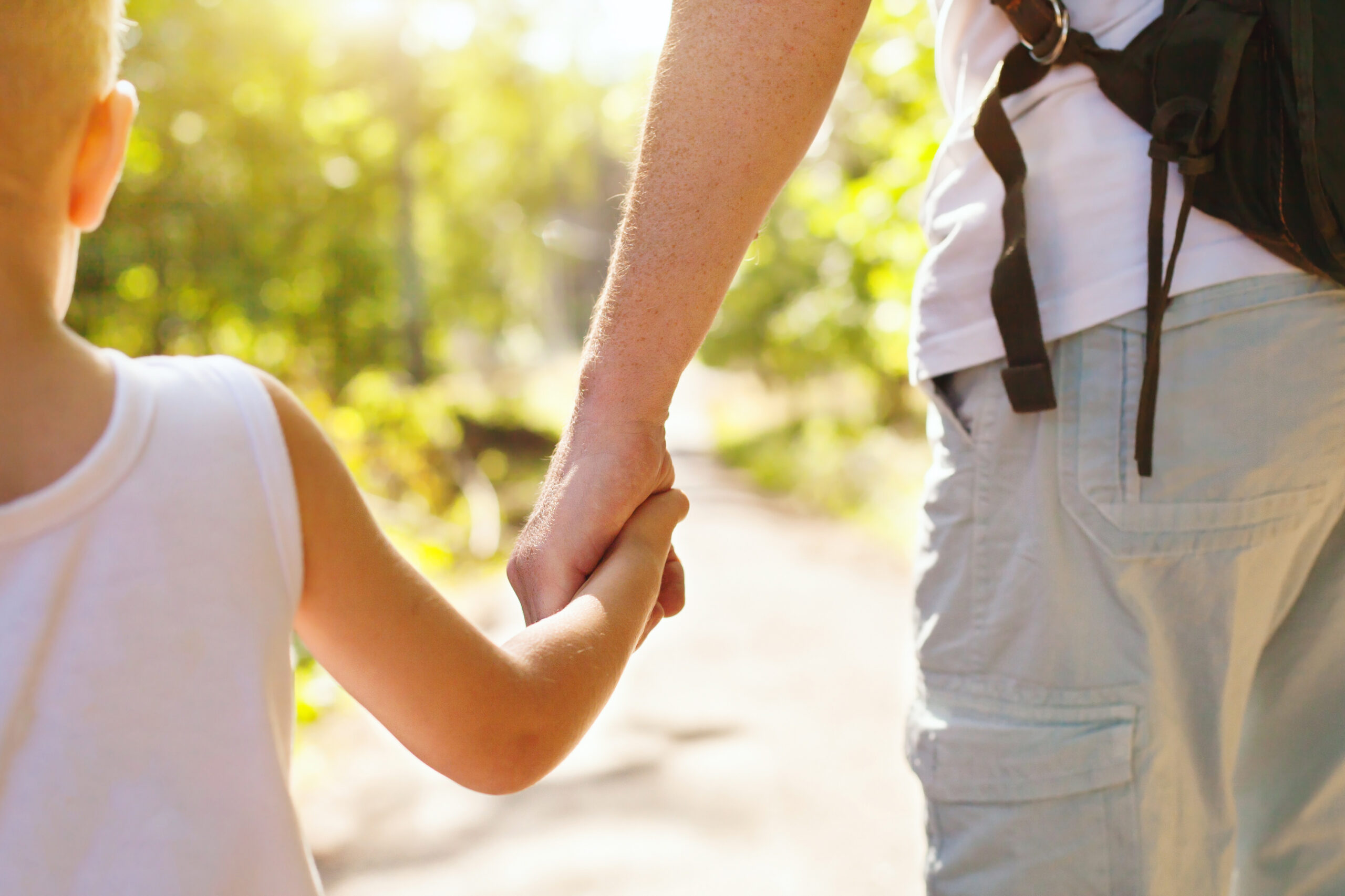 As a parent, you always want to be there for your child. Unfortunately, there may be circumstances in which neither parent is able to care for their child and decides to place their child with a non-parent, third-party.

Legally-speaking, the natural parents of a minor child are permitted to seek to appoint a third-party, such as a trusted family member or friend, to take legal responsibility for their minor child’s care and well-being. This can be done through either a custody or a guardianship court proceeding – but it’s important to choose wisely, because these two legal arrangements are not the same.

Custody vs. guardianship: What’s the difference?

Third-party custody and guardianship both deal with cases where neither of a child’s natural parents can continue caring for them, typically due to factors such a parent being unavailable as a result of employment demands involving military service, international placement, incapacitation due to illness or addiction, or incarceration. However, there are some key difference between the two:

Custody is often thought of as a court proceeding or court order involving a child’s natural or birth parents, or possibly adoptive parents – whether due to divorce and the break-up of an unmarried couple with a child.  However, there are times when custody for a minor child involves the natural parents actively deciding to seek a court order that grants shared or even sole legal and physical custody to a third-party, non-parent when the natural parent cannot fully care for their minor child.  This could be a grandparent, an older sibling, a longtime family friend, or even a medical specialist where a child has special medical needs that cannot easily be managed by the minor child’s natural parents.  When a non-parent plays this role for a minor child, they are referred to as serving in loco parentis.

In Virginia, custody petitions between unmarried persons or couples already granted a divorce are often filed in the Juvenile and Domestic Relations (J&DR) Courts. If the natural parents are in agreement for a specific third-party, non-parent to serve in loco parentis to their minor child(ren), they can sign what is referred to as an agreed or Consent Order stating that the third-party will begin to serve as legal and physical custodian for the minor child (or children). This may be a shared arrangement with the natural parents or the granting of sole legal and sole physical custody to the custodian, with a separate Order addressing visitation rights for the natural parent.

Once a Custody Order is entered, the new third-party custodian has rights similar to those of a natural parent and can register the child for school, place them on their health insurance through their employer, apply for a passport for travel, and much more. And, unlike third-party guardianship, there is no requirement for a third-party custodian to be sworn in by the Court and file annual reports with the Department of Family Services regarding the child’s whereabouts and well-being.

This also means that a third-party custodian can more easily relocate to a new address and even to another State if necessary, so long as they comply with filing a basic Notice of Relocation with the Court and serving that Notice to the natural parents. After filing that Notice, it is up to the natural parents to file to contest the relocation with the Court to stop it from taking place.

Of note, however, if the natural parents have a separate court order that grants them visitation rights, or if they share joint legal custody with the third-party, then the third-party will need to seek a modification if they cannot comply with the existing visitation schedule or court orders when they relocate.

Guardianship is commonly granted to third-parties in cases where the natural parents of a minor child have died or have some incapacity that interferes with their ability to provide day-to-day care or serve in a traditional parent-child role. It is less dramatic from a legal standpoint than the impact of a custody order, because if a natural parent is still living, they still retain all of their legal custodial rights to their child. If they are agreeing to guardianship, they are really, in effect, nominating a third-party to a new, shared kind of role as legal guardian while still retaining the legal status of legal custodian. In fact, a natural parent is exercising one of their rights as the minor child’s legal custodian to appoint a legal guardian for their child.

Legal guardianship can also provide a uniquely useful tool to families who are living outside the United States for military service or other work-related reasons, or families facing life in a country experiencing war or serious civil unrest to place their minor children with a trusted friend or relative during their absence – without forfeiting the status as legal custodian of their child.

Unlike custody, guardianship proceedings take place in the Circuit Courts of Virginia. In addition, if a minor child is under age 14, the Court can legally require that a home-visit by Department of Family Services take place along with appointing a guardian ad litem to represent the child’s interests and ensure that the child’s safety and well-being are best served by placing the child with the third-party selected by the natural parents.

Once the Court approves and enters a Guardianship Order, the newly appointed guardian(s) must take an oath of office related to their appointment and signing to a bond, which is secured only by signing their name to a court order that says if they fail to properly protect and care for the minor child, they can be brought before the Court in the future to explain themselves and may have to pay the Court an amount up to the full value of that bond. They will also be required to file an Annual Report with the local Department of Family Services for the Virginia County where the child resides, which report is to be prepared using a standard form asking for details on the child’s place of residence, school situation, and physical/mental well-being.

If both of the child’s natural parents have died, then the Guardian may also be in charge of the minor child’s property, and will also need to report on the management of the child’s inheritance and assets to the local Commissioner of Accounts for the Circuit Court of that County.

If a guardian wishes or needs to move somewhere outside of Virginia, they will need to file a Petition with the Circuit Court in Virginia as well as in the proper court of the State where they are relocating, to establish a new guardianship under court-supervision in that new State and obtain an Order from the Virginia Circuit Court approving the removal of the minor child from Virginia and relocation to the new home State. This is very different than the 30-day Notice requirements for custody matters.

None of these more stringent requirements apply to custody, which is why it is sometimes best if the matter is not related to the death(s) of the natural parents, and if the natural parents are willing to agree to relinquish some (or all) of their custodian rights, for a third-party to pursue custody proceedings rather than guardianship proceedings.

Which is the right choice for my family?

Courts generally prefer to maintain legal custody of minor children with one or both of their natural parents.  But life circumstances may necessitate even a natural parent asking a non-party, third-party to stand in loco parentis for their minor child.

Seeking a guardianship order may be warranted if a child’s natural parents are deceased or other circumstances necessitate a living natural parent to appoint a third-party to care for their minor child in their place without loss of their custodial rights. However, there are instances where seeking a custody order for a third party may make more sense:

In this fifth scenario, the third-party caretaker must file a Petition for legal guardianship and/or conservatorship with the Circuit Court once the incapacitated child turns 18, for which the existing prior custodial status will serve as proof of fitness of the petitioning third-party to seek such lifelong appointment to those roles.

Get help from My Legal Case Coach with your third-party custody or guardianship case involving a minor child or children.

Your children’s well-being is your priority. My Legal Case Coach can help you work-thru the pros and cons of custody vs. guardianship to help you move forward with the best approach for your case.  Need assistance with a DIY case?  MLCC not only offers convenient legal case form packets specific to custody and guardianship (with one free hour of 1:1 virtual coaching services).  We also offer ongoing affordable blocks of prepaid coaching sessions with an experienced Virginia attorney to help guide you through your custody or guardianship proceedings in court.

Take our quiz or schedule a free consultation to learn more about how we can help you with your DIY family law matter.