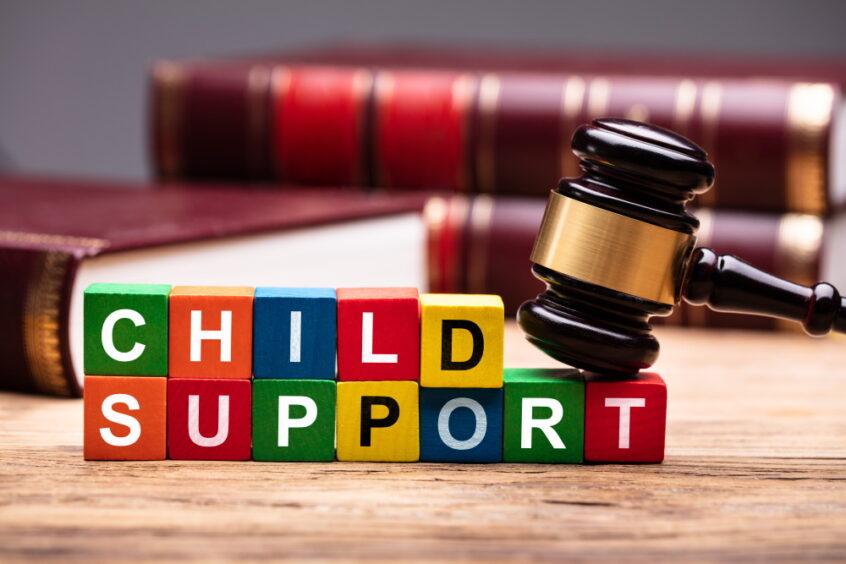 Child support can be a difficult subject for parents who are separated and/or going through the divorce process. Deciding who should give what and how much to support their child can create lasting contention between couples and leave children confused as they stand in the middle of this legal crossfire.

If you and your soon-to-be ex-spouse have minor children together and plan to have a child support arrangement, here’s a brief guide to understanding child support enforcement in the Commonwealth of Virginia.  This guide also applies to individuals who share a child together but have never been married.

How child support is enforced in Virginia

Virginia Code § 20-108.2 sets forth what are known as the “child support guidelines” for Virginia’s courts.  At its core, it is a mathematical formula that primarily incorporates each parents’ gross income from all sources, as well as considering the number of days the child is in the care of each parent, whether either parent is paying for work-related childcare, and whether either parent is incurring monthly costs to provide health insurance for the child.  Most Virginia courts and the attorneys who practice in them use a software program to assist them in making these mathematical calculations quickly and easily, including DCSE.

Because these are “guidelines” only, parents are permitted to present evidence to the court to ask for an upward (increase) or downward (decrease) in the guideline amount a court might otherwise order.  This is very common when a party is working a job that pays tips, receives outside income or support from other sources, or perhaps is intentionally trying to remain unemployed or work less than full-time to ensure they pay less child support to the other parent.

If a judge is convinced that the “guidelines” would not result in protecting the child’s best interests (which is the paramount concern of the court), it can find – in writing – that there is a reason to deviate from the “guideline” and order a different amount of support.

Not paying child support will not only have dire consequences for the child (whose needs will not be met without it), but also the parents involved. A parent who falls behind or stops paying completely can face possible jail time, in addition to incurring awards of interests and attorney’s fees against them.  However, the parent cannot lose their right to visitation in Virginia, and the Virginia Code makes it clear that a parent cannot be denied visitation simply because he or she is not paying child support; however, on the other hand, a parent who is not being given visitation is also not permitted to stop paying child support if he or she is court-ordered to do so.  Any such disputes about support payments and visitation must be addressed by the court, and not the parties using children’s visits as a form of retaliation.

States, including Virginia, have their own enforcement statutes in place to go after so-called “deadbeat parents” who fail or refuse to pay child support and set certain amounts that trigger enforcement actions which could include jail time.  Federal laws have also been enacted which allow a parent to seek relief as a matter of criminal law if a parent owes more than $5,000 or has failed to pay for a period longer than one (1) year.  See, 18 U.S.C. § 228 within Title 18.

This type of crime can become a felony if the amount unpaid exceeds $10,000 or has been past due for a period longer than two (2) years. Moreover, as payments are left unpaid, an accrual interest rate of 6% per annum, which only adds to the overall total past-due amounts for unpaid child support.

Given these serious consequences, it is always critical that a payor returns to court if they have genuine changes in employment or health that warrant a reduction in child support; and a recipient should consider not allowing things to escalate to this level as a parent serving time in jail is a parent who cannot work and, if convicted as a felon, may never be in the same type of employment or earning capacity he or she once had prior to being convicted.

Need help with your Virginia DIY child support case? Schedule a complimentary 15-minute consultation with My Legal Case Coach to discuss your circumstances and learn how we can guide you through the process with our legal case form packets and virtual 1:1 coaching services.